Confession: Yes, I would like to have the thigh gap. I would also like to be the crown princess of a glam European country (Monaco would do nicely, thank you!). Unfortunately, neither is likely to happen. Actually, scratch that… there are higher chances of my becoming a princess than there are of my getting a thigh gap. Not unless I am willing to go in for reconstructive surgery, at least. And that’s never going to happen.

What is this ‘thigh gap’ thing, anyway? And why is it taking over the world?

In theory, it’s simple: the thigh gap is when you stand with your feet together and there’s a space between your thighs. In practise, it’s rare enough that something like 5% women in this world will have a thigh gap without resorting to drastic and dangerous measures.

Despite this (or maybe because of this) teeny, tiny percentage, the thigh gap has become the latest most coveted “It accessory”. It’s the body trend that’s launched thousands of blogs, Tumblrs, memes, eating plans, workout regimes and inspirational quotes. Passionate followers have also created Twitter and Facebook accounts dedicated to this super-skinny phenomenon, with more than 700,000 followers. There is even a hugely popular Twitter account devoted to Cara Delevingne’s (largely seen as the torchbearer of this trend) thigh gap – it has 3,000 followers. 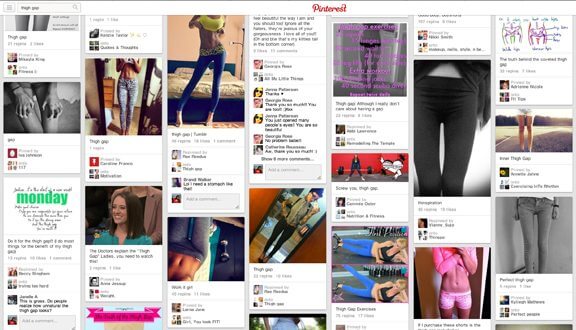 No, it doesn’t come as news that young women are exploring yet another dangerous body goal but what’s truly alarming is that even being “skinny” is no longer the ultimate goal for a lot of girls. The thigh gap has now become the pinnacle of perfection: a measure of weight loss success or failure.

But this latest body obsession is downright scary and implausible, for many reasons.

I went through most of my life being grossly underweight (am making up for it in spades now!) but have never seen even the slightest hint of a thigh gap on my frame. And neither will 95% women across the world, even if they diet and exercise down to a size 0.

That’s because it’s more about your bone structure than your weight. Dr. Travis Stork explained this really well on a recent episode of The Doctors. He brought along 2 women for the demonstration: one was a size 6 with a thigh gap, while the other was a size 0 without a thigh gap. Their hip X-rays revealed how the skeletal structure determines whether or not you will have a thigh gap: if you have narrow hips and your bones angle inwards, the thigh gap is virtually unachievable no matter how much you exercise or starve yourself. If your hips are wider, you may have a thigh gap regardless of your size or weight. And no dieting or fitness regimen is going to change your bone structure, just like nothing can change your height.

In fact, a lot of doctors and other experts blame the advertising industry and its liberal use of Photoshop for pushing this kind of impossible body ideal. As Lynn Grefe, president of the National Eating Disorders Association, puts it: “With photo editing and photo manipulation these days, most of these… are not even real images.” 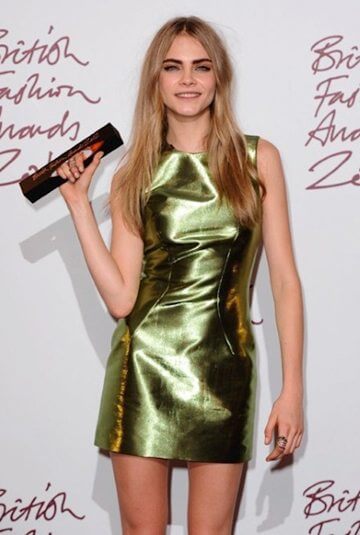 But when has a little biological or physical impossibility stopped us in our quest for the latest fad? Remember the cotton ball diet? Or the IV transfusions? Similarly, the thigh gap is now being served up in many a doctor’s office, using some questionable measures.

For example, top cosmetic surgery clinics have seen a more than 200% rise in demand for Lipoglaze, a fat-freezing treatment, on the inner thigh area. It works by first heating and then rapidly cooling the target area. This causes the fat cells to crystallise and permanently destroys up to a third of fatty deposits every session. The body then naturally eliminates this waste tissue over a few weeks.

Others talk about the more easily available liposuction, where the doctor makes an incision in your skin and then uses rods that have a little hole in the middle to suck out the fat… possible after-effects include swelling, bruising, soreness, oozing, an uneven skin surface and damage to the nerves and skin. Oh, and for a fraction of people, death. Not much to worry about then.

Even women who shy away from the surgical route fall prey to extreme dieting and exercising in their desire for the thigh gap. Do a quick search and you will find plenty of teens committed to starving in the hopes of living up to this super-skinny trend. And when a goal like this becomes the measure of success or failure, it can be really unhealthy. Think what it would do to someone with an eating or exercise disorder… not a pretty end result, for sure.

Me thinks I will just sit this one out. Rather than focus on something so unrealistic and fraught with dangers, I would rather work at getting stronger, healthier and more toned overall. You too? Right? So let’s celebrate the thigh we have, gap or no gap. Make them stronger but let’s ignore the gap. 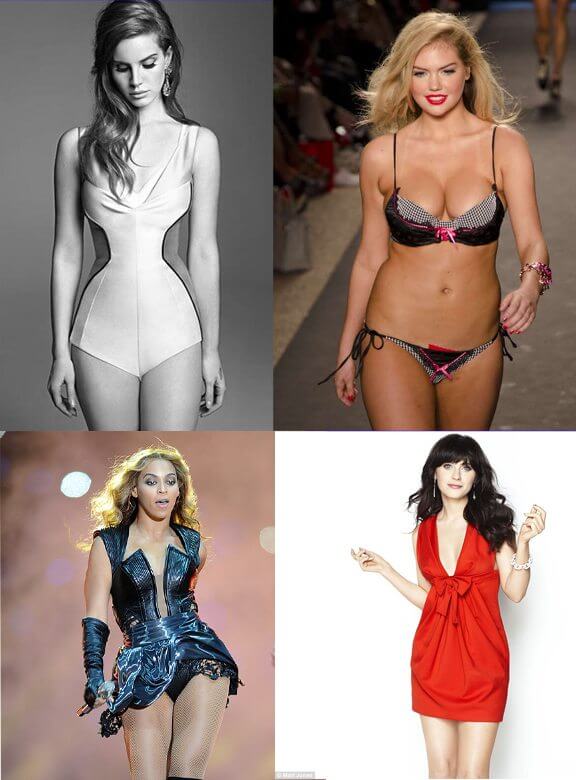