My dad was an alcoholic. He was still a good father.

My dad struggled with addiction. He still loved his family and adored being a dad. Being an addict and being a loving, good person are not mutually exclusive. You can be both. My dad was both.

In the darker days, when it came to choosing alcohol or family, it wasn't up to my father. The overpowering grips of addiction had already dug in its roots. He didn't choose addiction. Addiction chose him.

I used to detest my father for being consumed by his addiction. I used to think he had a choice and he chose alcohol over his family. Over me. 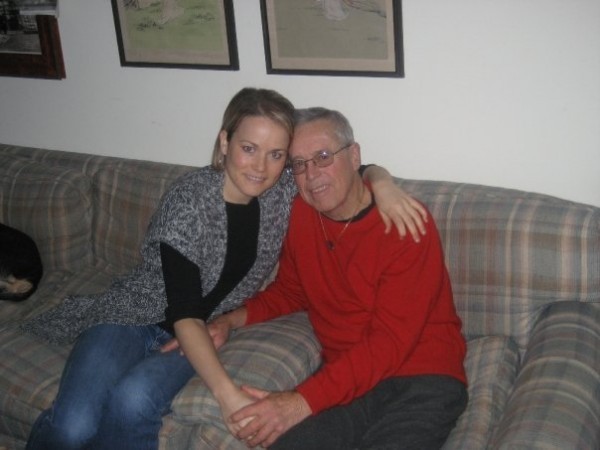 It wasn't under many many years later, when I began to feel alcohol starting to dig roots into me that I finally understood. This wasn't a choice for him to make because by then it was too late.

But I was lucky. I saw the signs. I knew the red flags. I even ignored them for years. But it was still early enough for me to say STOP! To say "I will not let you take me like you took my dad." And here I am... 18 months alcohol free and loving my life, myself, and my family more deeply than I ever knew possible.

It lied. And I learned early enough to stop the cycle. And I thank God for that.

But when I see how profoundly close I was to following in my dad's very same footsteps, it is terrifying. Because it was just. so. easy. Alcohol is a liar. Alcohol is a destroyer of lives and families and health and happiness.

Some people can maintain control over alcohol's addictive nature, but my dad could not. And I just barely squeezed past. Am I a better person than my dad? No. And I smarter? Stronger? No and no.

He and I aren't so different. We are both good people. We both love our families. We are both drawn to alcohol and maybe we were both destined to be alcoholics. But if I've learned anything from this disease it's that it take no prisoners. It will lie through its teeth to make you think you have it under control.

And I did not. And I never would. And that was reason enough to stop. While I still had a choice.

This post comes from the TODAY Parenting Team community, where all members are welcome to post and discuss parenting solutions. Learn more and join us! Because we're all in this together.