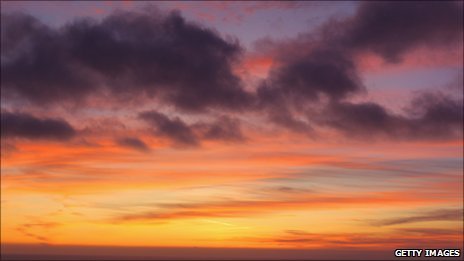 Colour does not actually exist... what exists is light

Roses are red, violets are blue - or are they? The colours you see may not always be the same as the colours someone else sees… as we see colour through our brains, not our eyes. Neuroscientist Beau Lotto explains.

Colour is one of our simplest sensations… even jellyfish detect light and they do not have a brain. And yet to explain lightness, and colour more generally, is to explain how and why we see what we do.

The first thing to remember is that colour does not actually exist… at least not in any literal sense. Apples and fire engines are not red, the sky and sea are not blue, and no person is objectively "black" or "white".

What exists is light. Light is real. 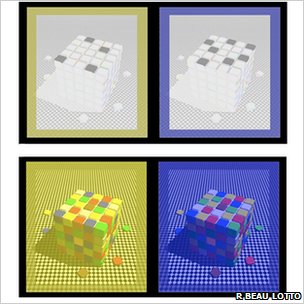 You can measure it, hold it and count it (well … sort-of). But colour is not light. Colour is wholly manufactured by your brain.

How do we know this? Because one light can take on any colour… in our mind.

Once you've convinced yourself that these tiles are all physically the same colour (because they are), look at the next image down.

Colour is arguably our best creation, one that is created according to our past experiences. 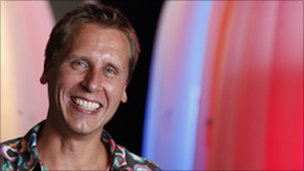 This is why you see optical illusions, because when looking at an image that is consistent with your past experience of "real life", your brain behaves as if the objects in the current images are also real in the same way.

If we are using past experience to make sense of light, how quickly can we learn to see light differently? It is a matter of seconds. To demonstrate this we had a large group of people for Horizon try an illusion.

First notice that the two desert scenes have exactly the same colour composition. The skies are both blueish and the deserts are both yellowish.

The more focused you are in staring at the dot between the green and red squares the better the subsequent illusion will be.

These two facts raise an intriguing possibility. Maybe colour is more fundamental to our sense of self than we thought previously. And indeed it is.

Remember, colour has been at the heart of evolution for millions of years.

Think of the relationship between insects and flowers (flowers are not coloured for our benefit, but for theirs), or of all the different colours of animals and how they either blend into their environment or, like the peacock, stand out in order to attract attention.

Think about the colours of the clothes you are wearing… and why you are wearing them. The whole of the fashion, cosmetic and the design industries are predicated on colour.

What this means is that our simplest perception has shaped who we are. What's more, and this is amazing indeed, colour, which remember does not exist, has shaped the physical tapestry of the world itself. It has also been at the heart of human culture.

It is because of our intimate relationship with colour that people have been wondering for centuries, whether you see what I see?

The answer will tell us not only a great deal about how the brain works, but also about who we are as individuals and as a society. 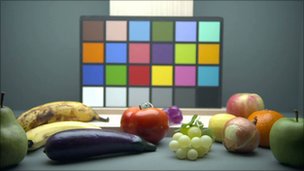 My lab created several unique experiments for a group of 150 people of different ages, backgrounds, races and sex. Our aim was to see if we all see colour the same.

What we found really surprised us (though note that our findings are just the beginning of the answer).

In an experiment testing the relationship between emotions and colour we discovered that nearly every adult assigned yellow to happiness, blue to sadness and red to anger (surprise and fear, which are the other two universal emotions, had no obvious colour). While children showed the same trend, their choices were far more mixed and variable.

On the other hand nearly everyone (young and old) showed a similar relationship between colour and sound, where lower notes are thought to be best represented as dark blue and higher notes as bright yellow.

In other words people seem to have internal mental maps between colour and other perceptual qualities, such as sound and form. Amazing when these relationships do not exist in nature.

In another experiment we asked people to put 49 coloured blocks on a surface area of 49 spaces. They had no other instruction.

The number of possible images that could have been created was 10 raised to the power of 62 - a huge number.

What's remarkable is that people made patterns that were largely predictable, because everyone grouped colours together according to similarity. Why?

In yet another experiment that really looked at the fundamentals of colour vision, we asked whether there might be individual differences in simply detecting light. 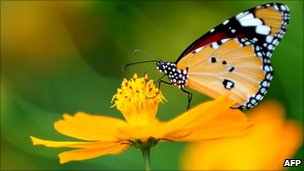 Colour is at the heart of evolution

What we discovered is that not only are women more sensitive than men, but also women who feel they have a stronger sense of control are significantly better than those women who feel powerless.

Remarkable really when one remembers that we're just talking about light detection.

We also examined whether colour can actually alter our sense of a minute.

Our initial observations suggested that a minute takes longer for men than for women… about 11 seconds longer on average.

But a minute took longer for men and women when surrounded by red light, as compared to blue light.

This effect is likely to be linked to arousal since it is well-known that red and blue create different states of arousal in men and women alike.

So we all see the world differently. Indeed, we have no choice about this because our experiences of the world are necessarily different.

None of us sees the world as it is.

In this sense we are all delusional, what each of us sees is a meaning derived from our shared and individual histories.

This awareness, possibly more than anything else, provides an irrefutable argument for celebrating diversity, rather than fear in conformity.

Which is liberating, since knowing this gives you the freedom (and responsibility) to take ownership of your future perceptions of yourself and others. 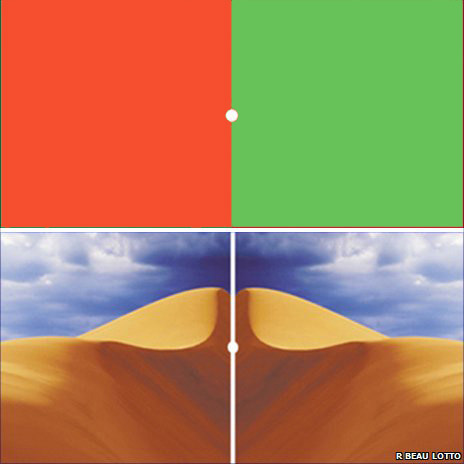 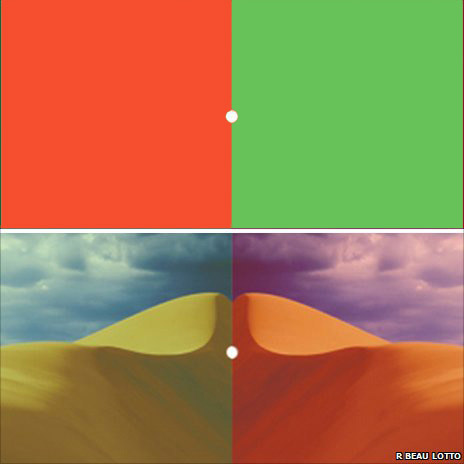 More on This Story