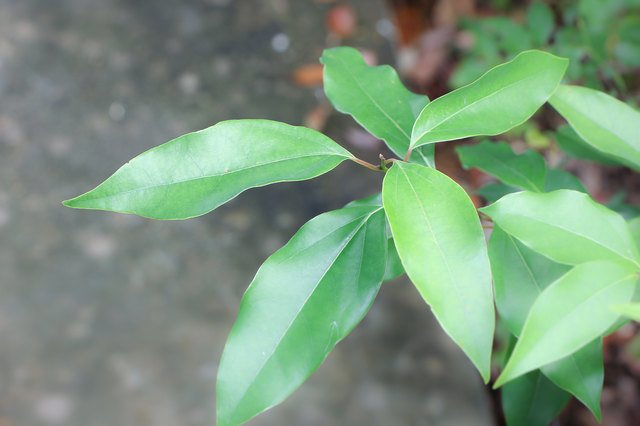 Camphor has a long history of use in medicine and skincare. It's a common ingredient in lip balms, body lotions, ointments and over-the-counter cold remedies. This solid, white crystalline substance comes from the camphor tree (Cinnamomum camphora) and has a strong odor. Despite its widespread use, it’s highly toxic and should not be ingested.

Choose creams and ointments that contain low doses of camphor. Apply a small amount on the skin to see how your body reacts.

This natural product has been around for hundreds of years. Centuries ago, Marco Polo called it "the balsam of disease." It's cold to the touch and absorbs quickly into the skin where it acts as a numbing agent, antiseptic agent and pain reliever.

Camphor is also known as Karpoora, Camphora, Kapur or Alcanfor and has a menthol-like fragrance. In India, it's used as a food and medicine. Many popular dishes, such as Chana Dal and Coconut Laddu, Paan Chocolate and Cucumber Halwa, are made with Pachha Karpooram or edible camphor (which is labeled as such). The standard version, though, is extremely toxic and may cause severe reactions in as little as 15 minutes after ingestion. Doses of 0.5 to 1 gram can be lethal for children.

Traditionally, this natural compound is used in skincare products and ointments for itching, pain, swelling, fungal infections, cold sores and respiratory tract infections. According to WebMD, it works by stimulating nerve endings, which in turn, may relieve pain. When used as a chest rub, it can help reduce coughing. Some ointments contain a mix of camphor and other ingredients that may help ease osteoarthritis symptoms.

Camphor can be applied topically or inhaled. It's an FDA-approved topical analgesic, antitussive and itching medication, according to RxList. Some people take it by mouth to relieve bloating and gas, treat infections of the respiratory system and other purposes. However, health experts advise against ingesting it.

As WebMD points out, taking camphor by mouth can cause severe toxicity and even death. Also, this product shouldn't be applied to open wounds and injured skin as it can enter the bloodstream and cause adverse reactions. Furthermore, ingesting this product may lead to abortion and fetal death. Nausea, vomiting, blurred vision, stomach pain, headaches, dizziness, hallucinations and convulsions are all common symptoms of camphor toxicity.

A 2017 study published in Experimental and Toxicologic Pathology has found that edible camphor may cause oxidative tissue damage and pathological disorders in rats when misused or consumed in large doses. A 2015 case report in The Journal of Emergency Medicine documented the potential side effects of camphor, which may include delirium, seizures, headaches and coma, among other symptoms. These adverse reactions can develop days after ingestion.

Should You Stop Using Camphor?

Despite its potential health benefits, this compound carries serious side effects and should be used with caution. It's extremely dangerous to children and may cause severe poisoning when ingested. Its effects on pregnant and nursing women are unknown. Ingesting as little as 10 grams may result in seizures, according to a 2015 case report featured in the BMJ Journals.

Most creams and ointments available in stores contain low doses of camphor but may still cause skin irritation and redness. Allergic reactions may occur too. These include difficulty breathing, wheezing, hives, swelling of the face and mouth, rash, blistered skin and more.

If you decide to use camphor, apply a small amount on your skin and wait to see how your body reacts. Don’t take this product by mouth as it may cause toxicity. Seek emergency medical care in case of adverse reactions.