The Alaska State Fair held annually in Palmer, 42 miles northeast of Anchorage, is not your regular agricultural show. Here farmers from the Matanuska-Susitna Valley routinely display vegetables and produces of gargantuan sizes — a 138-pound cabbage, 65-pound cantaloupe and 35-pound broccoli are just a few of the monsters that have sprung forth from Alaska's soil in recent years. "Some things [are so big], you can't even recognize what they are," said the fair's crop superintendent Kathy Liska.

Why do vegetables grow so big in Alaska? Because of the sun. 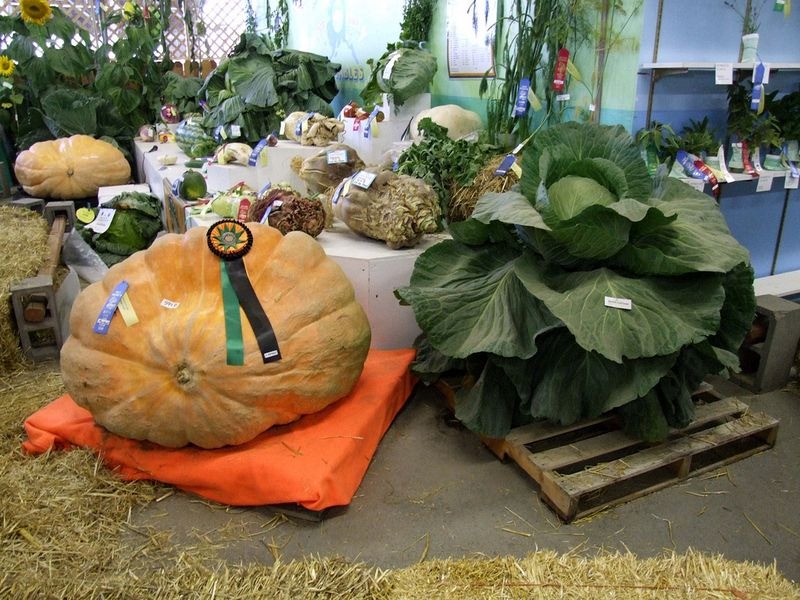 A giant pumpkin and a cabbage at the Alaska State Fair in 2009. Photo credit

Alaska typically has a very short growing season, only 105 days, on average. For comparison, California’s growing season lasts nearly 300 days. However, the Alaskan growing season does not have long dark nights. The state is located close to the north pole where it enjoys up to 19 hours of sunshine each day, during summer and at the peak of the growing season. The extra hours of sunlight allows Alaskan crops to just keep growing and growing. Even through the growing season is months shorter than the rest of the country, Alaska’s gardeners grow some of the largest vegetables in the world.

The photosynthetic boost also makes the produce sweeter. Alaskan carrots, for instance, spend nearly 3/4th of the day while the sun is available making sugar, and only the remaining 1/4th of its time is spent turning that sugar into starch. Plants like cabbage, broccoli, cauliflower, brussel sprouts, radishes, turnips, potatoes, beets, carrots, spinach, and lettuce all grow very well here. 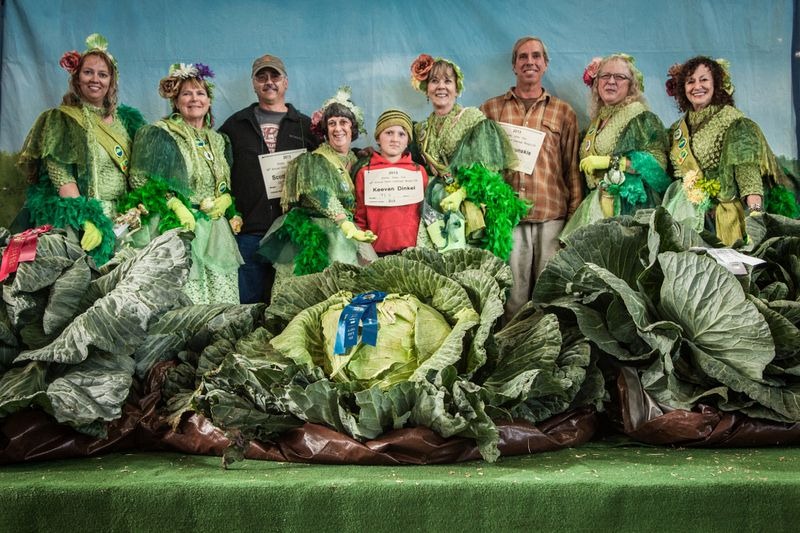 Giant Cabbage Weigh-Off 2013 winners (with placards, left to right): Scott Rob (92.1 pounds), Keevan Dinkel (92.3 pounds) and Brian Shunskis (77.4 pounds). The growers are joined by the cabbage fairies, a group of women who for 15 years have volunteered at the cabbage competition. Photo credit

Farming in the Matanuska-Susitna Valley originally began as an experiment in the 1930s to increase agricultural output of the country during the Great Depression. More than 240,000 acres were set aside for farming and farming families from Minnesota, Wisconsin, and Michigan were brought in colonize the land. But the lack of infrastructure and unavailability of basic supplies discouraged the settlers and by 1940, over half of the population had left the valley. In 1965, only 20 families were left. Although the colony was not a booming success, it did become stable enough to provide dairy and farming. It did not significantly increase the population of the area, but it did develop the Matanuska Valley as the primary agriculturally productive region within Alaska. The extraordinary growing season and the giant size of its vegetables have now become the area's trademark. 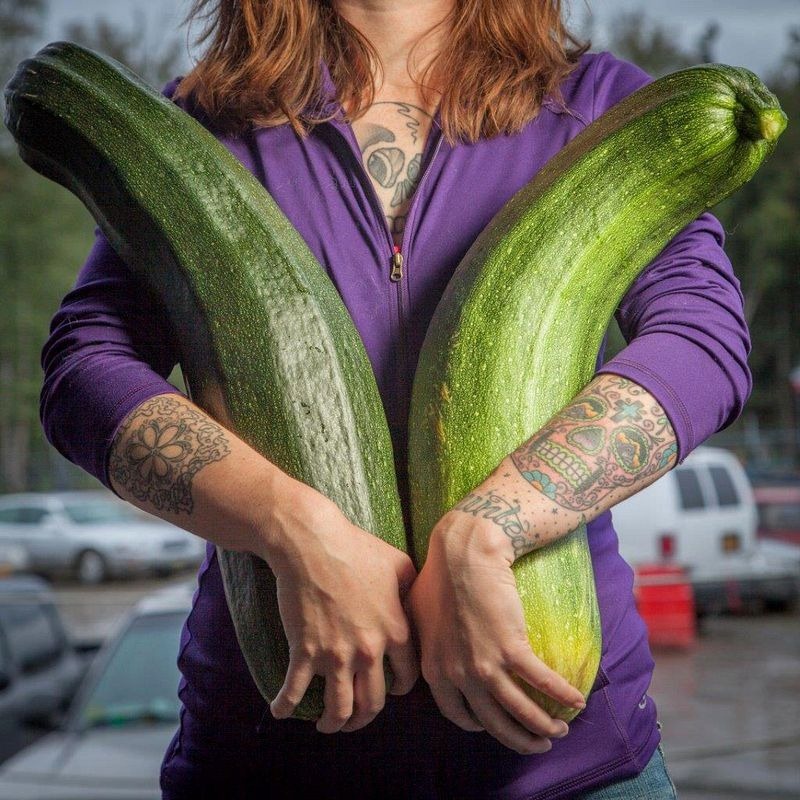 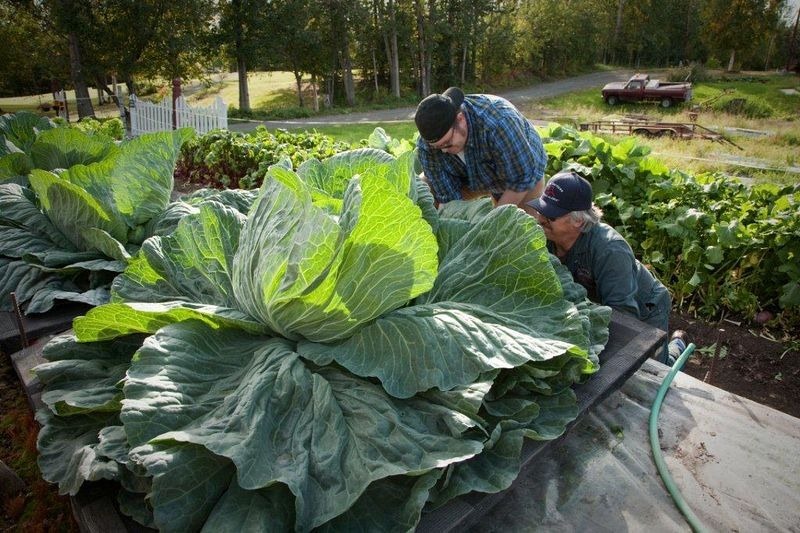 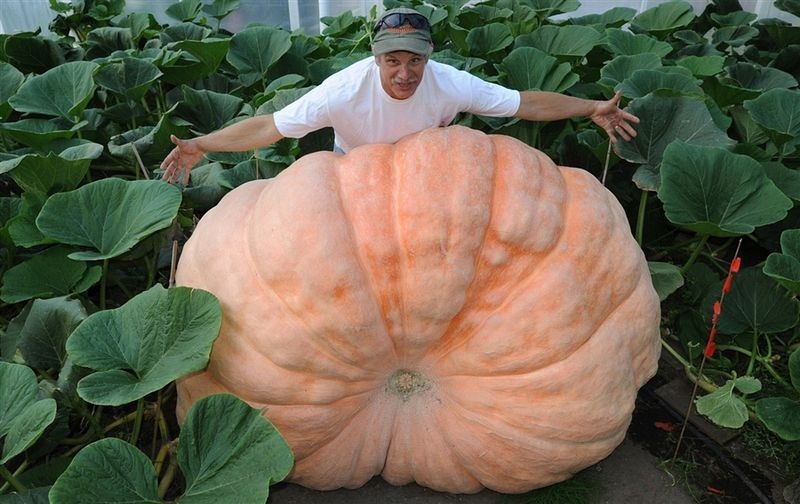 Dale Marshall embraces a giant pumpkin weighing around 1,780-pounds inside a greenhouse in Anchorage. Photo credit 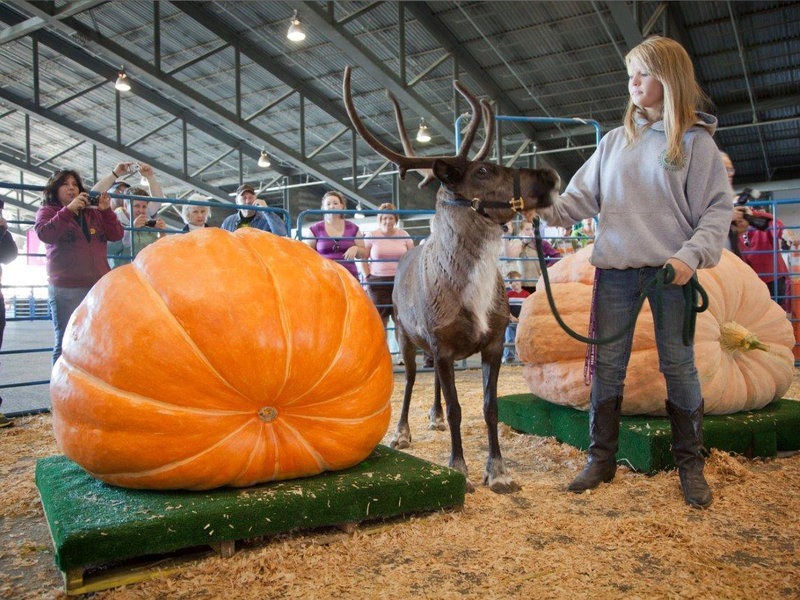 Ashleena Roberts holds a reindeer for scale next to a pumpkin in the Alaska State Fair giant pumpkin contest. Photo credit 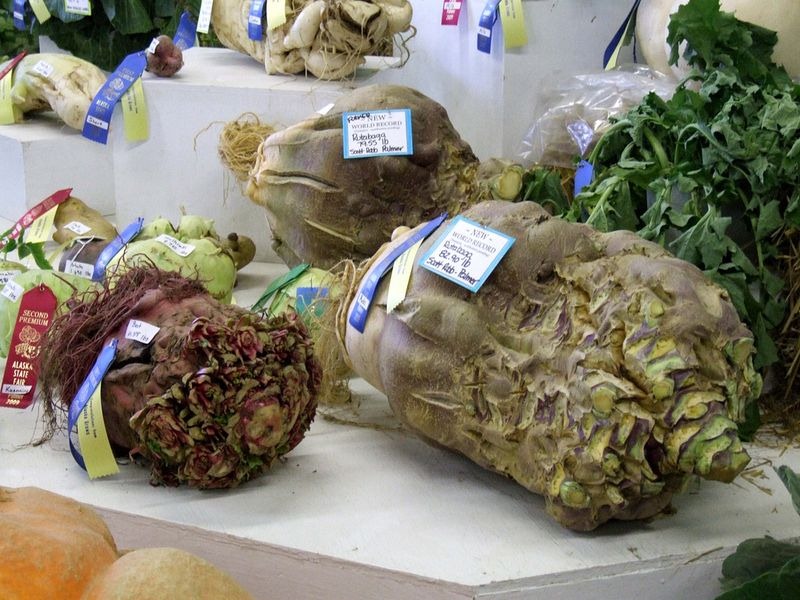 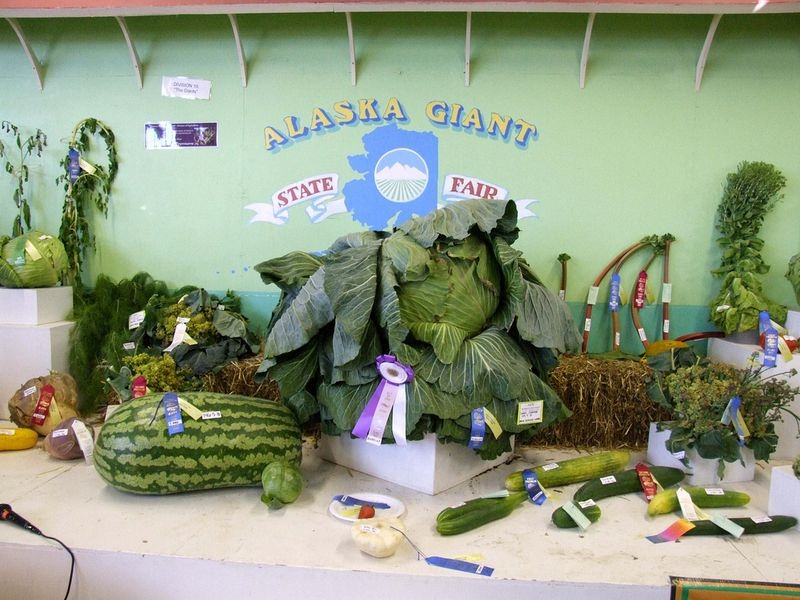 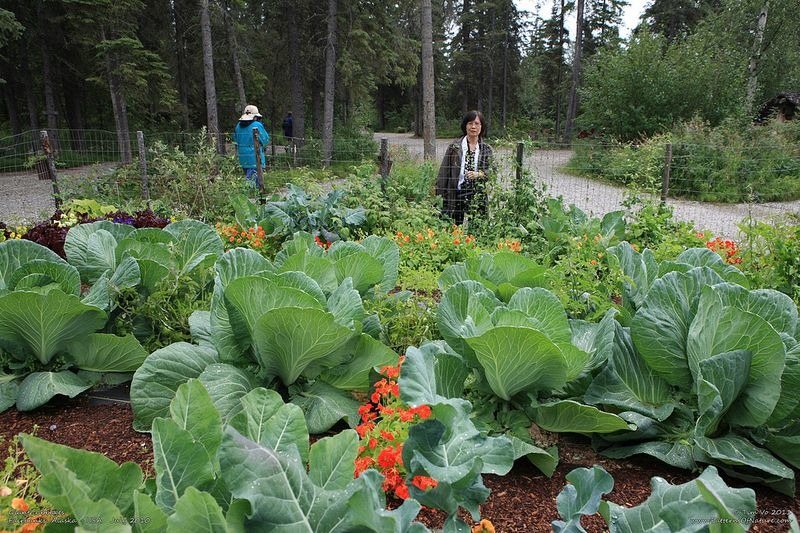