The Holy Empire of Britannia has conquered Japan and many other countries with their revolutionary new machine, the Knightmare Frames; a mobile humanoid vehicle. Each country loses their identities, rights and privileges and essentially its citizens become indentured servants in the process. Japan, now renamed Area 11, is where Lelouch resides. He is an exiled prince posing as a student who has high ambitions of vengeance. Through a chance meeting with a mysterious green haired girl named C.C., he gains the power of the kings named Geass. With his newly earned power, Lelouch sets out to conquer the world!

Throughout this list, the anime you’ve seen are mainly about animes with characters who are badass in a mostly physical way, whether it be through strength, skill or determination. However, Lelouch plays a much different character archetype. He has no redeeming physical attributes and has lungs worse than a chain smoker.

But his mind is leagues above even the smartest of scientists, able to form tactics and strategies that befuddle his opponents and the viewers. Everything seems to click in place when the viewer finally pieces together the plan that he has been alluding to all the while, and his enemies can do nothing but watch and struggle as they face their doom. All at the hands of a teenager. 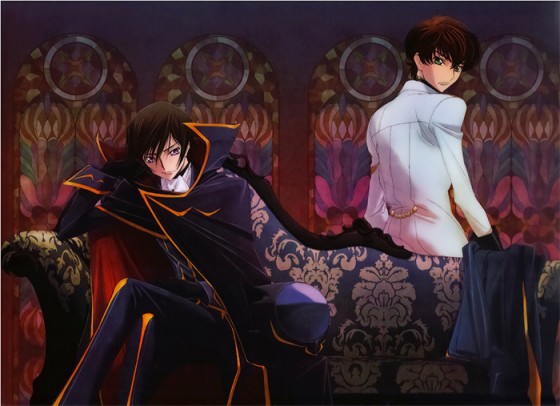